Monogram’s cannabis strains are named No. 88, No. 96, No. 70 and No. 01, they come in three different levels of THC strengths: light, medium and heavy. Products range from $40 to $70. Available online at Monogram.com

The brands flagship product is the “OG Handroll”, a 1.5 gram joint rolled by highly trained artisans the company says and takes inspiration from the smoke experience of a premium cigar.

Monogram is here to celebrate craft cannabis said Jay-Z in a statement.

“Cannabis has been around for thousands of years, yet it is still an industry whose legacy of skilled craftmanship is often overlooked,” said Jay. “I created Monogram to give cannabis the respect it deserves by showcasing the tremendous hard work, time and care that go into crafting a superior smoke. . . . We’re just getting started.”

Jay-Z began this endeavor in 2019 when he joined Caliva as chief brand strategist, where he developed Monogram. By November 2020, Michael Auerbach, the founder and chairman of Subversive Capital Acquisition Corp. (a special purpose acquisition company) announced a deal to acquire Jay-Z’s Monogram and California cannabis company Caliva. The acquisition company has now transition to a new name “The Parent Co.”

According to Forbes, the all-stock deal to acquire Jay-Z’s 50% of Monogram has not closed yet, but he is supposed to receive 5 million shares in The Parent Co. and the right to 1 million more. The Parent Co. also struck an exclusive agreement with Jay’s Roc Nation to become its cannabis brand partner. The deal, which will pay Roc Nation $25 million in stock after the transaction closes and $7.5 million each year, gives The Parent Co. access and rights to Roc Nation’s roster of artists and athletes. 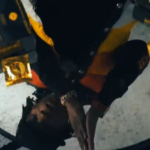