The hip-hop artist will appear in Jetdoc’s ad campaigns and activations designed to educate new communities about the benefits of telehealth.

The app offers virtual doctor visits for $20, or a $10 unlimited monthly membership. Jetdoc members also get a discount card that offers up to 85% off retail prices for prescription medication at most major pharmacies.

This venture reflects a change in lifestyle for Ross’ life—a path to wellness. According to a press release Rick Ross states, “As an active artist and businessman, I often don’t have time to see a doctor. I’d make excuses and prioritize my healthcare second to my hustle,”. In his 2019 memoir “Hurricanes,” Ross shares intimate details of his health struggles, so investing in Jetdoc was also a way to commit to his own wellness.

In a Forbes interview, The Florida-born rapper says being an investor as well as a beta member of Jetdoc is key to maintaining his new lifestyle. “I gotta have a doctor right here at my fingertips,” he says. “If I’m feeling dizzy, short of breath, I might just need a word of their advice.” He lists another way telehealth benefits him: “Being a celeb, privacy is a huge thing. Instead of walking into a doctor’s office and ending up on TMZ . . . I could just get it over the phone.”

Unlike most telehealth companies that focus on women, Jetdoc targets men, and specifically designed to give underserved communities and people of color better access to urgent care and preventive care. The app is currently available in Florida but will launch in other states including Georgia and Washington, D.C., later this year. For more information go to Jetdoc.com. 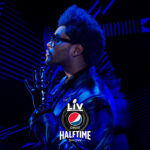