DMX’s estate took to Instagram to share the album cover and release date of his posthumous album, Exodus.

The album is schedule release on May 28th.

Swizz gave details about the posthumous release during an appearance on Angie Martinez’s show on Power 105.

“We stayed [in LA] and finished the album at Snoop’s studio after Verzuz,” Swizz told Martinez. “I wouldn’t even call it an album, I would definitely call it a masterpiece. … It’s a well-deserved masterpiece.” 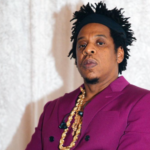 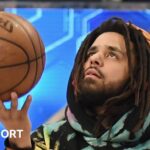