Modern Luxury Media announced it has partnered with Roc Nation to launch Edition, which promises to offer “the first fully multi-platform portal into a world of luxury that celebrates talent from diverse communities.” The brand will consist of print and digital journalism, as well as various audio and video-based content. Isoul H. Harris, the former head of UPTOWN magazine, will take on the role of editor-in-chief for Edition.

“The importance of elevating the voices of such a powerful community has never been greater,” said Roc Nation’s president of business operations and strategy, Brett Yormark. “We are excited to devote our efforts in creating a platform that is not only exciting but necessary in order to push the luxury media industry forward.” Roc Nation co-founder and CEO Desiree Perez remarked that there’s no better partner to launch Edition, which she says will provide a platform to amplify voices within the community.

“This is a proud moment for Modern Luxury to bring Edition to life in partnership with Roc Nation and to ensure diverse voices are championed and represented within the luxury space,” added Modern Luxury Media principal John Amato. The company’s CEO Michael Dickey said that the partnership with Roc Nation to launch Edition “marks a pivotal evolution within the industry.” 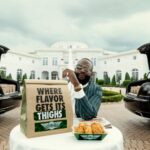 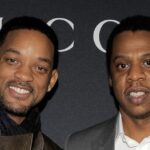