Alicia Keys is opening up to her fans in a new four-part docuseries entitled NOTED, the singer talks through her journey both personally and professionally.

“When I’m making music, I’m exposing all of my secrets, and I’m very uncomfortable being exposed—but I guess not so much anymore,” the New York native narrates at the beginning of the trailer. With her eighth studio album on the horizon, the 40-year-old reveals herself as a woman, wife, mom, musician, and daughter. In the two-minute trailer, Keys is seen in the studio with J. Cole, Raphael Saadiq, and Swae Lee—whom she just collaborated with on her latest single, “LALA.”

NOTED: Alicia Keys The Untold Stories premieres on Sept. 30 in its entirety on Keys’ YouTube channel. Check the trailer below. 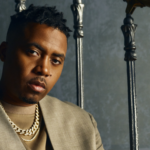 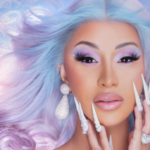