According to GeekWire, Jay-Z’s Marcy Ventures Partners has raised a $110 million investment for Wyze, a company that specializes in smart-home devices such as digital thermostats, security cameras and vacuum robots.

Founded in 2017 by a trio of Amazon veterans, Wyze expanded well beyond that initial low-cost security camera toward what it hopes will be smart home mass adoption. It’s been undercutting higher-priced competitors ever since. It released a smart floor lamp in April; a $19.99 smartwatch last December; a smart sprinkler control system last November; a smart vacuum just before that; and an outdoor camera last summer.

“We are doubling down and investing heavily to build world-class artificial intelligence into our camera products,” Wyze co-founder and Chief Marketing Officer Dave Crosby relayed to GeekWire. “Just in the last year, our AI team has built person detection, vehicle detection, package detection and pet detection into our cameras. “Right now we have AI features in the works that we truly think will be game-changing for any camera, let alone one that costs less than $36.” 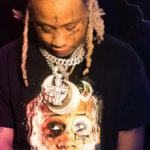 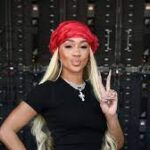