Directed by Tim Story the visuals are inspired by ’90s fashion and was shot on a yacht and at a mansion with glistening men in the background and champagne poppin’ all around.

Queens follows four women in their 40s who reunite for a chance to recapture their fame and regain the swagger they had in the ’90s when they were legends in the hip-hop world, as described in a press release.

Check out the video below. 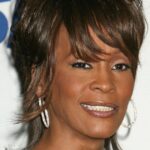