Showtime will air Hip Hop 50 over the course of the next three years, with the final installments in the series arriving in 2023. The series celebrates the genre’s five decade anniversary.

Nas spoke with Variety about what viewers can expect from the series “There are so many more stories,” the rap vet said of the topics and events highlighted in Hip Hop 50 will highlight. “I’m opening up with this, but ‘Hip Hop 50’ is a multi-tier initiative, created by Mass Appeal [in partnership with CBS Viacom], and we built this platform to ensure the anniversary of hip-hop is celebrated in a real iconic way, and that everybody should be involved with this. This is something that’s coming up that we don’t want to just pass by like it’s small. This is the biggest birthday in the world. You’re going to see the stories from every element of hip-hop, whether it’s the street stories, whether it’s the MCing. Whatever it is, we want to celebrate and push this birthday party to the max.”

Jenkins hopes that one of the biggest takeaways from “Hip Hop 50” as a whole is to understand, “[That] our voice is everywhere. We see what’s happening in society today — whether it’s voter suppression, police brutality, all kinds of inequities that we face — [and] we’re still able to have a voice that’s powerful. When we look at the breadth of what ‘Hip Hop 50’ is, you see that our influence to fashion, to language, to sound, visuals. Our influence is global, and it has affected generations, and it’s the dominant voice right now.” 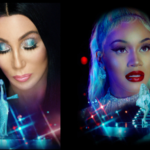