The eatery will feature a 100% plant-based menu consisting of sandwiches, salads, sides, and drinks. The menu is also free of hormones, artificial colors, preservatives, and high fructose corn syrup.

Currently, the location for one of the restaurants is listed in the Westchester neighborhood of Los Angeles. The second location has not been named, however, it is said to be in Hollywood.

“I founded Hart House to create a good experience that combines the joy of coming together over food, with the power of purpose,” expressed the actor on the Hart House website. “Our amazing chefs and team members have crafted a 100% plant-based menu that delivers ‘can’t-believe-it’ flavor in every bite. I know you’re going to love it.”

The comedian worked with CEO Andy Hooper who recruited Chef Michael Salem, the former head of culinary innovation at Burger King, according to Los Angeles Magazine.

“Kevin sort of conceptualize[d] this idea at the beginning of the pandemic,” Hooper shared with the outlet. “If I were advising him at the time, I would say, ‘Don’t you dare ever start a restaurant, and don’t you ever start a restaurant in the middle of COVID,’ but after almost two years of really working on this menu and getting the food to a place where it can deliver on that promise, we’re ready to go and we’re excited to tell the world about Hart House and excited to serve the food.” 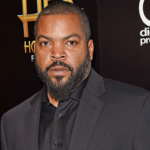 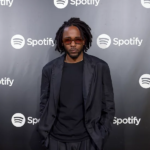