Snoop Dogg and Jamie Foxx have teamed up to protect the world from vampires in the new Netflix film Day Shift.

Foxx’s character, Bud, is a father seemingly working a blue-collar job to provide for his eight-year-old child. He fronts as a pool cleaner, however, as his real income is from hunting and killing vampires as part of an international Union of vampire hunters.

The film is the directorial debut for JJ Perry, who has worked as a second unit director and stunt coordinator in films like Fast & Furious 9, The Fate of the Furious, Bloodshot, and the John Wick franchise. Day Shift is executive produced by Jamie Foxx and Datari Turner, as well as Peter Baxter.

Chad Stahelski and Jason Spitz for 87Eleven Entertainment, Shaun Redick, and Yvette Yates Redick for Impossible Dream Entertainment are producers of the movie.

“Day Shift is a pulse-pounding thrill ride with action, danger, and grounded comedy mixed with a deep mythology, the key ingredients for the absolute best time you can have watching a movie. We couldn’t be more excited about producing this at Netflix with Jamie Foxx starring,” expressed Redick.

The film is set to debut on Netflix on August 12, 2022. Check out the trailer below. 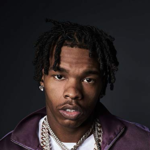