Latto partners with Planned Parenthood to advocate for abortion rights and access following the controversial Roe vs. Wade decision.

In a video published on Planned Parenthood’s YouTube channel, the “Big Energy” star informatively spoke about the state of the country as it relates to pregnant women – especially minorities. “I need ya’ll to pay attention to what’s going on in this country,” she began, referring to the government’s recent change in abortion access.

“The Supreme Court took away our rights to abortion, so now politicians are banning abortions, and millions of people live in states where it’s illegal. I’m not okay with that,” she expressed. “We have to decide whether and when we want to be a parent, but they wanna force us to give birth. That’s why I’m joining with Planet Parenthood to fight to restore our rights and expand access to care, and I want you to join too.”

In a statement obtained by Billboard, Latto said, “We already know who’s going to be hurt the most by these ridiculous abortion bans: Black women, Brown women, the LGBTQ+ community, and communities with low incomes.” She added, “Because of this country’s history of racism and discrimination, these folks already have a hard time getting the health care they need. We all deserve to be safe and it’s every person’s right to make decisions about their own bodies.” 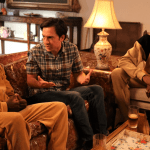 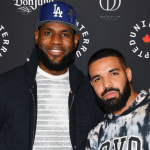