Megan Thee Stallion makes her debut in the Marvel Universe in the latest episode of Marvel’s Disney+ series She-Hulk: Attorney at Law.

The rapper makes a quick appearance in one courtroom scene then shines in the episode’s post-credits scene, which shows the “WAP” rapper teaching She-Hulk how to twerk.

Director Kat Coiro and head writer Jessica Gao spoke with Entertainment Weekly about how they landed the superstar rapper for her scene-stealing cameo.

“We didn’t even know that we could dream that big,” head writer Jessica Gao told Entertainment Weekly. “When we wrote the script, all we knew was we needed to have a female celebrity who was very famous, very successful, and very beautiful. But we didn’t know if it was going to be an actress, or a model, or a musician. And depending on who it was, we knew we’d probably have to tweak the story a little bit to fit whoever we ended up casting.”

Kat Coiro, who directed the third episode, added, “The character was scripted as a celebrity who never in a billion years would we believe would date Dennis Bukowski. When Jameela suggested Megan, we all lost our minds.”

“She’s perfect on so many levels,” Coiro continued, “just as a beautiful young celebrity who would never date Dennis Bukowski, but also as a powerful woman who embodies a lot of what She-Hulk embodies. And then it was a little cherry on top that Tatiana is the world’s biggest Megan fan. As soon as that name came up, there was nobody else.” 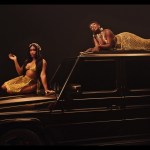 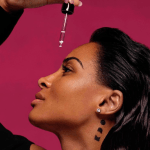