Nas and 21 Savage are burying a mini-controversy “with love, respect and unity,” states the Queens icon. The two released a new track “One Mic One Gun” produced by Hit-Boy.

The controversy in question came from a Clubhouse talk that happened two weeks ago when 21 Savage was asked about Nas and stated, “I don’t feel like he’s relevant, I just feel like he got fans. … He’s not relevant. He just has a loyal-ass fan base…and he still make good-ass music.”

Nas shared some wisdom and positivity on Instagram on Tuesday, posting the cover art and writing, “Only way we moving is with love, respect and unity. The foundational principles of hip hop. Excited to collaborate with my young brother and I hope more artist use turbulent moments and turn them into a time to make new art. That’s what it’s about.”

Take a listen to the new track above. 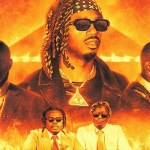 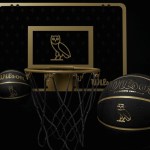