New reports have indicated that Jay-Z has finalized a deal with Jack Dorsey‘s Square Inc. for $302 million USD.

A Square spokesperson has told Complex the deal did take place but that it’s for “an aggregate consideration of $302 million,” and not $350 million as previously reported. The figure “represents the purchase price for Square’s majority stake in Tidal.”

This was a successful flip for the music mogul he originally launched TIDAL in 2015 for $56 million USD in partnership with many artists including J.Cole, Rihanna, Madonna and more.

Square is expected to receive 80 percent ownership of TIDAL and licensing deals with major record labels. However, all original artists who have signed on to be owners of TIDAL will remain with the company. Desiree Perez, Roc Nation CEO who reportedly helped to broker the deal, will be placed on the board to help run TIDAL. 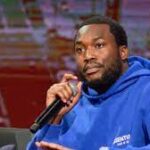