Rick Ross appeared on the Queen Latifah-starring CBS TV show The Equalizer, in what was his major network acting debut.

In the season two, episode nine titled “Bout That Life,” Ross plays the rapper Gregory “Dilemma” Blickman, who’s incarcerated due to being accused of murdering a fellow artist as he attempts to clear his name.

In a statement in EW “The Equalizer family is very excited to have legendary rap artist and entrepreneur Rick Ross join us for this episode,” say co-showrunners Andrew W. Marlowe and Terri Edda Miller. “He is perfect in this role of a chart-topping hip-hop artist caught up in a world of violence. Ross knocks it out of the park.”

Check the clip below. The Weeknd Lists His Los Angeles Penthouse, named the ‘Mogul,’ for $22.5 Million 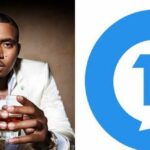