Quavo and The Game Appear In NBA 2K22 As Playable Characters

Quavo and The Game are now playable characters in the popular basketball video game NBA 2K22.

NBA 2K22 players interested in using the celebs can earn them by completing each of their Triple Threat challenges in MyTeam.

“I Am Officially A Playable Character,” he shared on Instagram. “The First Left Handed Sniper Play As The Huncho Now!! Let’s get It.”

Check the clip below. 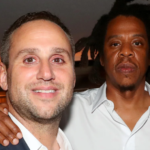 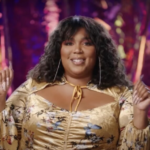