The “Elliot” Trippie is referring to is Elliot Grainge, son of Universal Music Group CEO/Chairman Lucian Grainge and the founder of 10K Projects, the label that signed him a few years back. Trippie noted that the $30 million is “just the label bag” and doesn’t account for profits from touring, merch, or sponsorships.

His last album, Trip at Knight debuted at No. 2 on the Billboard 200 chart, with 81,000 equivalent units moved in its first week. His forthcoming album, A Love Letter To You 5, is expected to drop sometime this year. He is currently on the road for his “Trip At Knight Tour,” which kicked off in 2021 and runs through July. 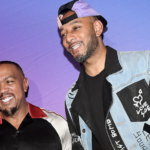 Will Smith And Michael B. Jordan To Film For ‘I Am Legend’ Sequel 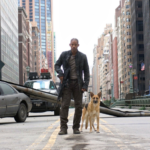