Ashanti Unveils Her Star on The Hollywood Walk Of Fame

Ashanti was honored with the 2,718th star on the Hollywood Walk of Fame, a moment her mother/manager Tina Douglas manifested for her in her youth.

“She really had that feeling as a mother to say, ‘My child is gonna get this.’ She manifested it and I’m forever grateful,” Ashanti expressed to Billboard.

The R&B icon was commemorated 20 years after her debut solo album. Her eponymous LP premiered at No. 1 on the Billboard 200 and charted for 55 weeks. It also garnered a spot in the Guinness Book of World Records with the most albums sold by any debut female artist in SoundScan history.

Ashanti’s star was dedicated in the category of Recording and is located at 7060 Hollywood Boulevard. Check out the ceremony below. 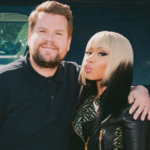 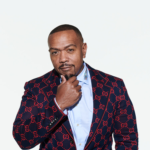