Jazmine Sullivan revealed that there’s a chance that her album Heaux Tales can transition to a movie in the future.

Revealed backstage after her Grammy win, it’s all comes down to timing. The Grammy winner shared, “I definitely wanna do the film. I talked about it with Issa Rae. She’s super busy, so hopefully, me and her can get in and start throwing some ideas around. ‘Cause like I said, the idea of Heaux Tales is so big and it could go so many different ways and I would love to get into that field.”

After the release of the project in January 2021, Jazmine took to Twitter with a request for the Insecure star and entertainment mogul. The “Girl Like Me” singer wrote, “What I would love is if me and @IssaRae did a heauxtales short film and I’d add a few extra songs. But I could just be dreaming. Nvm me.. I’m crazy.”

During Jazmine’s acceptance speech, she spoke about what the album means to and for Black women. “[This album] ended up being a safe space for Black women to tell their stories, for us to learn from each other, laugh with each other, and not be exploited at the same time. That’s what I’m most grateful for. So, shoutout to all Black women who are just living their lives and being beautiful.” 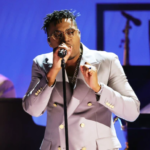 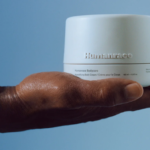