Normani Partners With Frito-Lay To Introduce Cracker Jill, A Celebration For Women In Sports

Cracker Jack has added Normani to its roster of ambassadors to celebrate the women shattering ceilings in sports.

“As a young girl, I remember being inspired by athletes and artists who looked like me,” Normani shared in a statement. “They made me believe that I could also achieve greatness as I watched them break barriers for women. I’m proud to be part of a campaign entrenched in inclusivity and empowerment because it’s vital for young girls to see themselves represented and join in on the celebration of the achievements made by the women before them.”

The limited edition Cracker Jill bags, which will be available nationwide at the beginning of the 2022-2023 baseball season, fans can donate to the cause starting at $5 while supplies last. Extending the campaign’s impact, Cracker Jack will also donate $200,000 to the Women’s Sports Foundation (WSF), a “national non-profit that conducts research and advocacy and supports community programming, to help girls and women across the country reach their potential in sport and life,” as described in a statement.

CEO of the foundation, Danette Leighton, expressed, “Our Foundation is an ally, advocate and catalyst to help unlock the possibilities in every girl and woman through the power of sport. Representation matters – it encourages and inspires the next generation. It’s wonderful to see Cracker Jill come to life, emphasizing the power that representation can have by celebrating women who’ve broken barriers.”

Tina Mahal, vice president of marketing at Frito-Lay North America, added, “We are constantly inspired by the many women who are making history by breaking the mold, and we want to celebrate their achievements while supporting the progress. Cracker Jack has been part of sports for over a century, as records were made and rules changed. We’ve been so inspired by how girls and women are changing the face of the game, so in this spirit we introduce Cracker Jill to show girls that they’re represented even in our most iconic snacks.”

Watch Normani perform her reimagined rendition of the ballpark classic tune, “Take Me Out to the Ball Game” below. 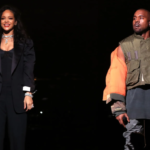 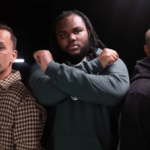