Bryson Tiller released the visuals to his latest solo single, “Outside” directed by Edgar Esteves.

The track samples The Ying Yang Twins’ 2005 hit “Wait (The Whisper Song)” but with a new musical approach.

“Outside” is the polar opposite of what everyone is used to hearing from me,” Tiller said last month. “Normally we would release a song intended to put people deep in their feelings, but this song is ANTI-FEELS.”

Watch the music video above. 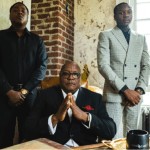 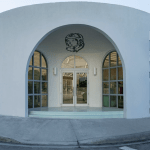