According to the New York Times, LVMH will acquire half of Armand de Brignac, Jay-Z’s Champagne line known as Ace of Spades. Under the terms of the partnership, LVMH and Jay-Z said, is aimed at growing Armand de Brignac through LVMH’s global distribution networks while drawing upon the conglomerate’s vast resources within the spirits industry. Neither side disclose the financial terms of the transaction.

The Ace of Spades deal was initially discussed in the summer of 2019, when Jay-Z hosted a lunch at his house for Bernard Arnault, LVMH’s founder and chairman, and Alexandre Arnault according to the New York Times article.

Though Champagne as a business suffered during the pandemic, Jay-Z said the market has recovered from its initial sharp drop-off in revenue and shipments in 2020, and has settled at a deficit of 20 percent. Both partners hope the “superluxury” sector may be first to recover. A bottle of Ace of Spades can go for $300 to $64,999, for a 30-liter Midas bottle.

The partnership shows how European luxury brands are now embracing hip-hop culture to appeal to a younger, more diverse clientele. Rihanna and LVMH launched a cosmetics line, Fenty Beauty. The rapper Gucci Mane and his namesake brand, the Italian fashion house Gucci, have collaborated on a collection. Dior, an LVMH brand, has used the rapper A$AP Rocky as a featured model in several menswear collections. Streetwear has become a staple of luxury fashion.

LVMH is not just buying a new drink brand: It’s buying cultural know-how and entree into markets not traditionally served by some of its brands.

Check out the interview with CNBC below. 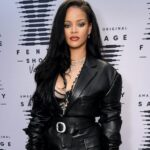