Kanye West docuseries Jeen-Yuhs, is set for release next year on Netflix.

Produced by Creative Control in conjunction with TIME Studios, the docuseries will include more than 20 years’ worth of archival footage, including clips of Coodie and Yeezy as teenagers. While West was not involved in the making of the Jeen-Yuhs, the project was given his blessing and support in the form of access to West himself, which Coodie & Chike have been afforded over the past two decades.

Directed by longtime collaborators and friends Coodie Simmons and Chike Ozah, Jeen-Yuhs will consist of three acts and will take a deep dive into the most impactful moments of the Donda rapper’s career. From his unlikely rise from budding producer to international megastar, as well as his growth as a mogul and the development of his personal brand, Jeen-Yuhs will unpack the various moving parts that have made Yeezy one of the most captivating, yet polarizing, figures in modern history. The docuseries will also touch on the impact of the death of West’s mother, Donda West, on his life and career, his support of former President Donald Trump, his own 2020 presidential run, and various moments that have come to shape his legacy.

Watch the trailer for Jeen-Yuhs, which includes footage of Yeezy and Yasiin Bey, formerly known as Mos Def, spitting bars from The College Dropout cut “Two Words” below. 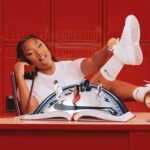 Will Smith to Release Memoir 'Will' Accompanying a Book Tour 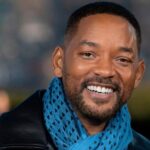