LimeWire is now set to relaunch as an NFT marketplace and uses Soulja Boy‘s music in new commercial.

The commercial for the relaunch shows two kids running home from school to download Soulja Boy‘s “Crank Dat (Soulja Boy)” on LimeWire. Fast-forwarding to the future, the kids, now adults, rush home after work to get on LimeWire to now buy an NFT. The commercial closes with, “LimeWire is back. Your place for music NFTs.”.

“Our ad is both a love letter to the 2000s and a celebration of the new LimeWire,” the company’s global creative director Florestan Rösemann said in a statement. “Just like the characters in the commercial, many of us were teenagers when LimeWire first was around and are now grown-ups to see the relaunch of the brand.”

Founded in 2000 by ex-Wall Street trader Mark Gorton, the music-sharing platform shut down in 2010 after a hefty lawsuit with the Recording Industry Association of America (RIAA). A federal New York court ruled in favor of RIAA that LimeWire knowingly caused a “massive scale of infringement” by giving users access to thousands of copyrighted items by its massive monthly users.

Now, LimeWire is back. But this time with legal intentions. It will allow its users to not only buy and own original songs from their favorite artists but enjoy unreleased demos and music videos. Users will also have access to event tickets, album cover art, and more from today’s “globally renowned and emerging artists.”

The Weeknd Unveils Trailer For His New HBO Series ‘The Idol’ 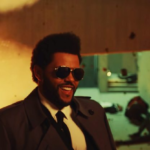