The Weeknd Unveils Trailer For His New HBO Series ‘The Idol’

Abel “The Weeknd” Tesfaye revealed the teaser for his new HBO series The Idol.

Co-created, written and executive-produced by Sam Levinson — the maker of Euphoria — The Weeknd, and Reza Fahim.

The Weeknd plays the role of Tedros, a self-help guru and leader of a modern-day cult, who develops a complicated relationship with an up-and-coming pop idol. Co-star Lily-Rose Depp plays Jocelyn, the rising pop star that gets lured into Tedros’ “sick and twisted” world.

Directed by Amy Seimetz, the wild trailer exhibits the stars in the thick of a debaucherous lifestyle consumed by drugs, money and sex, and even describes the show as “the sleaziest love story.”

“When the multi-talented Abel ‘The Weeknd’ Tesfaye, Reza Fahim and Sam Levinson brought us The Idol, it was clear their subversive, revelatory take on the cult of the music industry was unlike anything HBO had ever done before,” Francesca Orsi, Executive VP of HBO Programming said.

Check the trailer below. 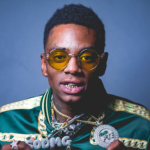 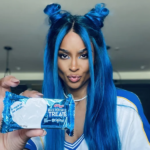