Whoopi Goldberg Reveals She Will Like To Cast Nicki Minaj, Lizzo and Keke Palmer for ‘Sister Act 3’

Whoopi Goldberg spoke with Charlamagne Tha God on Comedy Central’s Hell of A Week and listed Lizzo, Keke Palmer, and Nicki Minaj as among those she’d like to bring to the third edition of the comedy film.

The EGOT winner has teamed up with Tyler Perry to develop the project, and she confirmed that project is well on its way with a script to be completed within the month. 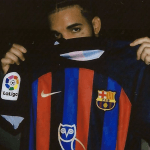