Chlöe Bailey is set to play Lauren Simmons in forthcoming biopic, Midas Touch. Directed by Numa Perrier the film follows Simmons’ true story as the youngest equity trader on the floor of the New York Stock Exchange (NYSE) and only the second Black woman to hold that position.

Simmons, became a trader in 2017 and was the only woman in her position at the time. Though she has since left the NYSE, she revealed why to ESSENCE in 2020. “I loved working on the trading floor… but I did see that our clients were institutional clients, and they were all white men. And it was starting to frustrate me that there weren’t more women, and people of color, that were in those spaces,” said the entrepreneur.

Simmons will serve as an executive producer on Midas Touch. A release date has yet to be announced. Watch below the story of her success that Business Insider covered. 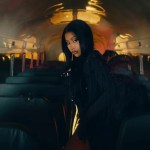 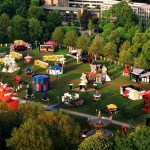